One of EHF's goals in 2019 was to increase outreach and engagement with the Spanish-speaking congregations and communities across the Episcopal Diocese of Texas. We started with some basic steps like translating our standard materials into Spanish and attending the diocesan Hispanic Lay Leadership Conference last summer. 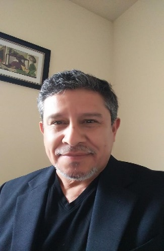 We learned that many of the parishioners at predominantly Spanish-speaking churches were still not aware of the resources available to their congregations through EHF. As a result, we have contracted with Rigoberto Ojeda, a leader at Christ Church Cathedral, to reach out to the Spanish-speaking communities in the diocese and provide an introduction to EHF resources.

Ojeda's work began got in December and he was able to connect with congregations over the holidays to make an introduction.

Born in Mexico, Ojeda has lived in Houston since 1984. He brings a variety of experience to this work and has been eager to connect congregations to the work of EHF.

They bring devotion and faith, but he says they are underrepresented in much of the work of EHF due to language, availability, and relevance.

The Congregational Engagement team has also partnered with Antena Houston to provide support to congregations seeking to create just and inclusive spaces among multilingual communities and groups. Learn more about this organization in the our eNews: Language Justice for All

NEW MAP: What your neighborhood says about your life expectancy